The Metropolitan Pier and Expansion Authority (MPEA) selected the design team led by Pelli Clarke Pelli Architects (PCPA) to transform the McCormick Place campus on the south side of Chicago. The charge was to create an Events Center and arena building that would both serve the needs of the MPEA, yet fit with the urban fabric of the adjacent neighborhood, most notably the historic Prairie Avenue neighborhood to the north. The PCPA-led team was charged to design an event center and arena that would serve not only MPEA’s needs as expanded convention space but meet the requirements of a 10,000 seat arena that would be the new home court for the DePaul University’s Men’s and Women’s Basketball programs. The solution was to sink the arena bowl, resulting in 60 percent of the seats to be accessible directly from grade level. Sinking the bowl also resulted in the back-of-house and loading functions to be located below grade, minimizing the scale and creating a more transparent and positive relationship to the adjacent neighborhood. The design team’s scope was to provide bridging documents to MPEA from which a design-build team will then prepare construction documents to permit and ultimately build the project. The PCPA-led team will have involvement throughout the process.

IDEA’s role on the project included participation in Concept Development, Schematic Design, Design Development and Bridging Document production. As the local partner, we were the liaison for the design team and code consultant and prepared the code matrix, life safety drawings showing exiting plans, travel distances and accessibility plans.

The Museum Café At The Art Institute of Chicago

Nichols Bridgeway At The Art Institute of Chicago

The Modern Wing At The Art Institute Of Chicago 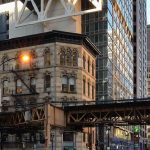 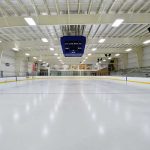