‘Carlson Cottage,’ designed by J. L. Silsbee and built in 1888, is located immediately to the south of the historic Café Brauer designed by Dwight Perkins. Both were designated as Chicago Landmarks in 2004, and any modification is subject to extensive review. The ‘Cottage’ was the first public restroom facility in Lincoln Park, constructed of solid brick and stone construction with a shingle roof. Public use was phased out in the 1960’s and the building sat unoccupied, steadily deteriorating until Lincoln Park Zoo assumed control in the 1990’s. The building exterior has been restored to its original appearance, with extensive cleaning and stabilization of the existing structure and utilities. The interior has been creatively adapted to house the Zoo’s volunteer gardening offices. Gardens surrounding the Cottage have been recreated to reflect an approximation of late-nineteenth century picturesque landscape design, with naturalistic plantings interspersed with perennials, flowering shrubs and native ground covers.

A prestigious “Save America’s Treasures’ grant administered by the National Park Service, Department of the Interior, formed a significant part of the project funding base. As part of the stringent documentation and review protocol, a Condition Assessment Report was developed by IDEA that accurately described existing building conditions as well as proposed remediation strategies. Paint seriation tests were executed to establish original paint colors, and extensive brick and stone masonry surface cleaning options were pursued, and existing trees were trimmed to allow for a historically-accurate cedar shingle roof to be installed. 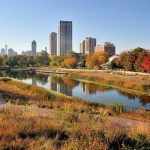 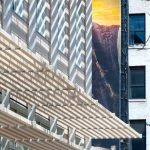