Development of a comprehensive drawing and specifications document package for the restoration of the iconic Chicago Federal Center designed by Mies van der Rohe.

The Chicago Federal Center is a careful composition of three buildings, widely considered to be among the finest examples of Modern architecture in the United States, designed in 1959 by Ludwig Mies van der Rohe. The General Services Administration (GSA) engaged IDEA to assess the existing facades and provide bridging documents for a design/build contract. The scope included facade restoration for both highrise buildings, which had not been altered since they were completed in 1964-1974. IDEA coordinated a scaffolded survey and detailed assessment and prepared full bid documents for the restoration project. The restoration work specified included steel recoating, bronze-colored anodized aluminum window frame restoration, repairs to the unitized wall stack joints that had typically failed and gasketing replacements.

The historical matching of 40 year old paint can be a very challenging endeavor due to the fading and deterioration over time. Mies typically specified Detroit Black graphite paint which is no longer made due to high lead content. The chemistry of the original paint system proved to be remarkably good since the facades had not been painted in 30 to 40 years. Six replacement coating systems were evaluated by large scale mockup for color, sheen, texture and ease of installation along with durability prior to selection.

The Challenges of Restoring  Mies, Or the Search for the Right Shade of Black 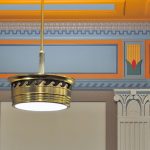 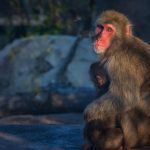